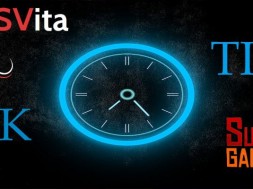 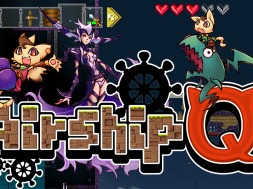 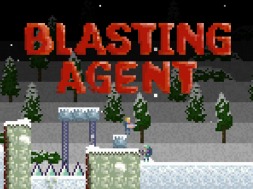 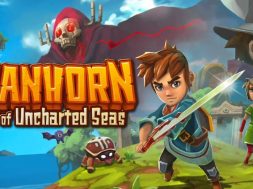 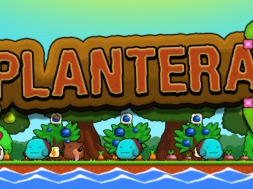 Hi Greg! Thank you for your time with us. To begin, please tell me something about Supergiant Games and Bastion.

Bastion was our first game as a small independent studio. Supergiant was founded back in 2009 by Amir Rao and Gavin Simon, who I worked with at Electronic Arts in Los Angeles on the Command & Conquer franchise. We were inspired by some of the smaller games we were playing at the time and wanted to see if we could make something more personal on our own. Bastion was the result, and it first launched back in the summer of 2011. Since then it’s sold more than three million copies, so it’s been far, far more successful than we could have imagined. We proceeded to make another original game, Transistor, which thankfully did well for us also. Now we’re in the midst of figuring out what’s next!

Where does the idea for Bastion came from?

The core idea of Bastion was to make an Action RPG in which you build the world around you. We thought that was a rich idea to explore. As a very small team, we knew we couldn’t make an Action RPG with the scope of some of our favorite games in the Genre, namely something like Diablo II. So, we looked for opportunities to focus the design and concept, and we heavily relied on the game’s narrative in that regard. Rather than have this big sprawling game with tons of weapons and character classes and stuff, we honed in on a specific story about a certain set of characters. We thought the Genre had a lot of untapped opportunity for storytelling, in addition to all the things we wanted to try on the gameplay side.

The gameplay is really classic and well balanced. What was your intention when you created this system?

We wanted Bastion to feel very active, and more reliant on player skill than an experience grind as with traditional RPGs. Specifically, we wanted to reward finesse and experimentation. Since we knew we weren’t going to create thousands of weapons like in some RPGs, instead we focused on making the various tools available to the player all feel very distinct while still being balanced. We also wanted the game’s difficulty settings to be integrated in the play experience, which evolved to become the Shrine, a system we thought worked out really nicely as a symbol of how we like to contextualize game mechanics in the worlds and stories of our games. We wanted Bastion to be a game anyone could pick up and start playing, but that offered depth and challenge to players of all experience levels.

When did you decide to bring your game to PS Vita and why?

We decided to bring Bastion to the Vita in late 2014 at the same time as when we decided to bring it to the PS4. It’s really due to the success of Transistor on PS4 that we realized Bastion had a good opportunity there, especially since it had never come to any PlayStation console or device before.

Why did you choose Blitworks to port your game?

For technical reasons, bringing Bastion to the Vita was not a quick or simple task for us. We didn’t think we could do it without working with a good partner, at least not without grinding to a halt all the other stuff we were interested in doing this year. BlitWorks came to us highly recommended and we’d seen their great work on PS4 and Vita translations of games we have a ton of respect for. We’ve never before had another studio work on one of our games to this extent, so it wasn’t something we approached lightly. We feel like we really lucked out working with them, though, as we’re really happy with the work they’ve done on both these latest versions of Bastion.

From a business point of view, does Cross Buy make any sense if the game was already out there for PS4?

We think Cross-Buy between PS4 and Vita makes for a really positive player experience that really enhances the value of the game for players who have both platforms. I don’t think it’s reasonable for a developer to expect players to ‚double-dip‘ and purchase their games for multiple platforms, even though some players do this. We would much rather take these kinds of opportunities to help make our customers feel really good about picking up one of our games. We do this on other platforms where it makes sense. If you buy the Steam version of Bastion, you can play the game on Windows, Mac, or Linux operating systems. If you buy it for iOS, you can play on iPhone or iPad. While not all of these versions are interoperable, at least they’re compatible within these relative ecosystems, so almost no matter where you get one of our games you get some added value from the cross-platform nature of it.

The game runs really smoothly though it has lot of details. What was the secret behind it?

Well that’s largely thanks to BlitWorks for doing a great job on the translation! They used a proprietary tool they call Unsharper (http://www.blitworks.com/unsharper/) to rewrite huge portions of the game code to get it all optimized for the Vita as much as possible. Game performance is something that’s very important to us in general. When you play a game with a smooth, consistent frame rate you can just feel it. We want that in our games.

Nobody expected it that Bastion releases in a big surprise during PSX. Was it your idea or Sony’s?

We always intended to launch Bastion for the Vita before the end of 2015, and PSX seemed like a great opportunity. The folks at Sony had a lot to coordinate to make it happen so we’re very grateful to them for thinking of Bastion as part of the event. We’ve enjoyed working with Sony through all this!

How are the chances for Transistor on PS Vita?

We don’t have plans for a Vita version of Transistor at this point, though we haven’t ruled anything out for the future and appreciate the interest. Bringing our games to new platforms is an intensive process that takes up a lot of our team’s bandwidth, so we have to make those kinds of decisions really carefully. To that end, we tend to make those decisions one at a time based on how things are going. If you’d have asked me a couple of years ago if Bastion would ever come to the PS4 or Vita, I would have given you the same response while secretly thinking „no way“, yet here we are! Which is exactly why I always note that we haven’t ruled anything out, because you never know.

I’m going with Circle. In Japan it means yes, in the West it means no. I kind of like that.

Thank you very much Greg for this interview! Good luck on your future projects!